A spectacular long weekend has come to an end. The ‪#‎RECM200‬ 3 day stage race was certainly one for the memory book. The limited entry of riders allowed for a wonderful intimate atmosphere and the location of the race village in the middle of the Knysna lagoon gave it that special touch. The nutrition during and after the race was superb, providing stamina while racing, as well as healthy and varied recovery meals for lunch and dinner. Even the weather was orchestrated by the ‪#‎GardenRouteEvent‬ team with perfect sun shine during the first two stages and some refresher showers the last day. The rain front hit Knysna one day after the event had finished. Excellent planning!

It was my first mixed team race and was really excited. My teammate Christopher Chase and I had never raced together before and we pretty much hit unknown territory w 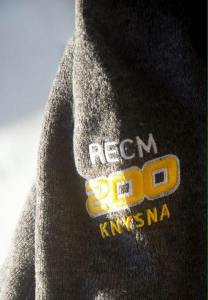 hen we lined up for the first stage at the Knysna Elephant Park. I knew Chris is much stronger but was prepared to take is his surname ‘Chase’ literal and stick to his back tire.

The first stage was announced to be just under 80 km and 1650m of climbing. I thought this is pretty doable and went all out for the first 50km. The muddy route and steep, steep, steep hills made it however much harder and trying to keep up with my flying partner, I hit the first lactic acid peak about two thirds into the race. I was not sure what to do and quietly suffered up those last steep slippery hills while Chris danced in front of me taking each climb as if it was a Sunday walk. I noticed earlier on in the race that other mixed teams had this pocket pull thing going which made them naturally much faster as a team. Inexperienced as we were, we thought this can’t be allowed and didn’t even consider it an option. We finished the first stage in 4h44min which placed us 7th in our category, missing 6th by a few seconds, and 59th overall.
Arriving in the finish, me broke and Chris far too fresh, it was clear that we had to work on our game plan if we wanted to improve our result. We spoke to more experienced ‘team’ riders and received lots of helpful tips that afternoon.
The next stage awaited us with a 1450m ascent mostly in the first 30km of the 68km distance. We started climbing right from the start which would continue for about 2 hours with some short descents and flats in between. Our tactic, me ‘testing the stretchability of his jersey pocket’, was very impactful. I pedaled with all my strength while Chris provided the turbo that let us seemingly fly up the climbs. We past two mixed teams and lots of solo riders, which encouraged us to continue our mission this way. I felt much better and stronger throughout the second stage and loved the rewarding descents and Enduro section. I had the 4th fastest time down the Enduro only 2 seconds behind Robyn de Groot. We completed the second stage in 3h51min, again in 7th position but improved to 49th overall, an indication of the strong teams in our category.

The third and last stage was set out to be a fun ride in the Harkeville forest, 59km distance and 950m climbing. With limited options for a warm up ride and lower temperatures to the previous two days, I seriously struggled to get my cold and stiff legs moving the first 10km. I tried to stick to Chris’ tire and utilised his turbo wherever possible. Once we hit the single trails and more technical terrain, I felt like a fish in the water, and was hoping to make up some time, when Chris noticed that his rear tire is losing air. It sealed, or so we thought, and continued our journey through single trail heaven until i realised that Chris wasn’t any longer behind me. The water point was just ahead and I stopped there hoping my partner would pop out of the forest any second. But no such luck.

Instead my friend Marianne past saying that Pierre, my husband and hero of the day, was helping Chris to plug the side wall cut and advised to carry on alone. I felt bad leaving my team mate behind but thought this would be the only way to limit the time loss. Conscious of the permitted 2 minute time gap between team riders, I rode on but not too fast to avoid the penalty. About 15 minutes later I heard that all too familiar loud free wheeling sound behind me. Reunited we gunned it the last 30 km straight to the finish without water stop and a painful descents at the end, to arrive in just under 3 hours (2h57min) in 6th position and 47th overall.

It was a fantastic experience to share the three days of racing with my teammate       and certainly took great learnings from the team format racing. At the end we were so in sync that we, i am certain, would have further improved our results. Thanks Chris for being such a supportive riding partner!